Years ago, I lay in bed one night thinking about my daughter who, at age 19, had just returned home for the summer after completing her first year of college. She was out with her boyfriend and not due home until close to 1am. It was right around 11pm.

Normally back then, I made a point of turning on her bedside lamp when she was going to be out beyond when I planned to go to bed. But that night, I had forgotten to do so. This may have been because my wife was still up and so there was life moving about the house. And that our younger daughter, age 15, was also still up, getting ready for bed. I was tired and went to bed early, and I didn’t think to turn on our older daughter’s lamp.

In bed, I drifted into that state between sleep and being awake and didn’t want to rouse myself. Still, in that half-sleeping state, I found myself thinking about the lamp and the concept of warmth. Drowsily, I thought about how nice it is to have a light on in one’s bedroom when you get home. And I thought of how important it is to me to have the porch light on, too. One of the last thoughts I remember having that night is that light and warmth are often synonyms.

Remember that old radio ad for Motel 6 from its spokesperson Tom Bodette? “We’ll leave the light on.” It means we know you’re coming and we’re expecting you. 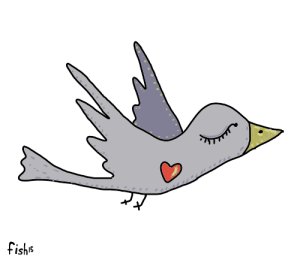 At Puget Sound Community School, the school I founded and directed for 24 years (1994-2018), each of the seniors spends part of their senior year writing a credo. It’s intended to be a year-long process that culminates with each of them getting clear on their personal beliefs, crystalizing these in the form of an essay, an essay that each presents at their graduation ceremony.

One year, one senior completed the process and wrote a credo of one sentence, having said that everything she believes can be found in it. It was, “I believe that whenever you take someone home you wait until they are safely inside before driving away.”

That seems to me to be the same as turning on the bedside lamp of your 19-year-old daughter who is just back from college when she’s out later than your bedtime.